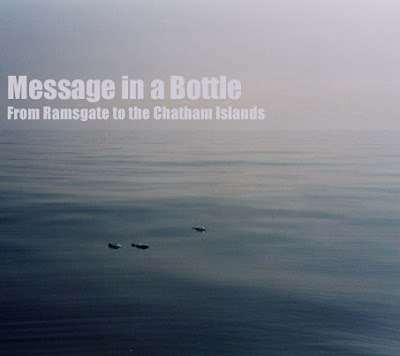 Locative media are literally media bound to a location. Specifically, we are talking about digital media applied to real places, as a result of the convergence of new mobile telecommunication networks, geographical positioning systems and inter-active graphical interfaces on mobile devices. For instance, through wireless, GPS or related technologies you can know the position of a user/individual continually. As in the case of digital cities, the territory, the connection with the physical space is vital. In fact, even in the Internet, urban and territorial metaphors are mainly use with large success, because they seem clearly to give an identity to cyberspace, a space with no boundaries. Locative media are already used in various location-based activities (games, socialising services, commercial applications and artworks), which presupposes new forms of interpersonal communication and interaction.
Therefore, in this sense, I found a very interesting locative media project this week. Itâ€™s called â€œMessage in a bottleâ€, available here http://www.laylacurtis.com/bottle/home.htm:
On 25th May 2004, fifty bottles containing messages were released into the sea off the south-east coast of England near Ramsgate Maritime Museum, Kent. The intended destination of the bottles is The Chatham Islands in the South Pacific Ocean. The islands, which are 800km east of mainland New Zealand, are the nearest inhabited land to the precise location on the opposite side of the world to Ramsgate Maritime Museum. It is anticipated that the bottles may be found several times before reaching the Chatham Islands. Each non-GPS bottle contains a message from residents of Ramsgate to the residents of The Chatham Islands, a pencil and an instruction leaflet which requests anyone finding a bottle to report to this website and record where and when the bottle was found.
In addition they are requested to document their find ona form inside the bottle before returning the bottle to the sea to continue its journey. Details of found bottles may be viewed on the view found bottles page.
Several of the bottles are being tracked using GPS technology and are programmed to sendtheir longitude and latitude coordinates back to Ramsgate every hour. The information they transmit is used to create a real time drawing of their progress.

One thought on “"Message in a bottle" – Locative Media Project”