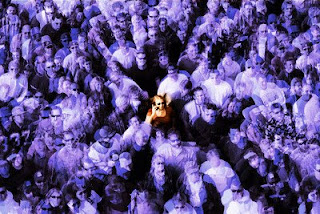 According to a study from Northeastern University (Boston) published this week on Nature, human beings are creatures of habits, as they visit the same spots over and over again. Most people also move less than 10km on a regular basis. The researchers mapped human activity, tracking 100,000 individuals selected randomly from a sample of more than six million phone users in a European country. Each time a participant made or received a call or text message, the location of the mobile base station relaying the data was recorded. Information was collected for six months. However, researchers state that a person’s pattern of movement could be seen in just three.

Results show that most people’s movements follow a precise mathematical relationship: the power law. Findings also show that patterns of people’s movements, over short and long distances, were very similar: people tend to return to the same few places over and over again. Although all the mobile phone data was collected anonymously (researchers didnâ€™t even know the telephone numbers, as they received from a telephone company 26 digits and letters), tracked people were not informed about this research, what brings inevitably some ethical questions into the discussion.